Anatomy of a Clinical Trial

This page takes you through the process many medical treatments go through to make sure they are safe and effective to use on people – clinical trials.

We will explain concepts that are critical to ensuring that trials are carried out to the highest standards so they provide the best possible evidence about whether a treatment is safe and effective and can be described as ‘gold standard’.

You’ll also have the opportunity to hear from scientists who run clinical trials, as well as people who have volunteered to take part.

Let’s begin by introducing one of the most significant clinical trials relating to the COVID-19 pandemic – the RECOVERY Trial.

RECOVERY is slightly different from clinical trials that are testing new drugs or treatments because this trial is focusing on trying to find out whether treatments that are already licensed to treat other medical conditions will help people who are very ill from COVID-19 to recover.

Clinical trials are often given titles that are acronyms relating to what they are trying to find out. RECOVERY actually stands for Randomised Evaluation of COVID-19 Therapy.

You may have noticed some important concepts in that animation. For instance, it explained that a computer, not a doctor or scientist, actually decides, at random, which treatment patients receive. This is at the heart of a successful clinical trial.

We need randomisation in trials to avoid ‘systematic error’ or ‘bias’. If it was left to a human being to decide who was to get the treatment and who was not, they may, consciously or unconsciously, give the treatment to the people they think it might work best in. Or they might discriminate in other ways. Assigning people randomly by a computer will ensure that bias won’t be built into the design of the trial.

Another risk is that without randomisation you end up comparing two completely different groups of people – apples with pears, if you like. For example, one group may have a far greater number of smokers than the other, which could affect how a treatment works.

Studies that just compare two groups without randomising them are called ‘observational studies’, and provide much less reliable evidence than clinical trials. They are useful for other types of research and can help researchers to formulate hypotheses to be tested in controlled experiments.

Another method which some trials might need to use to avoid ‘systematic error’ or ‘bias’ is called ‘blinding’. This means that the scientists and doctors observing and analysing the trial data do not know which treatment participants were assigned to. 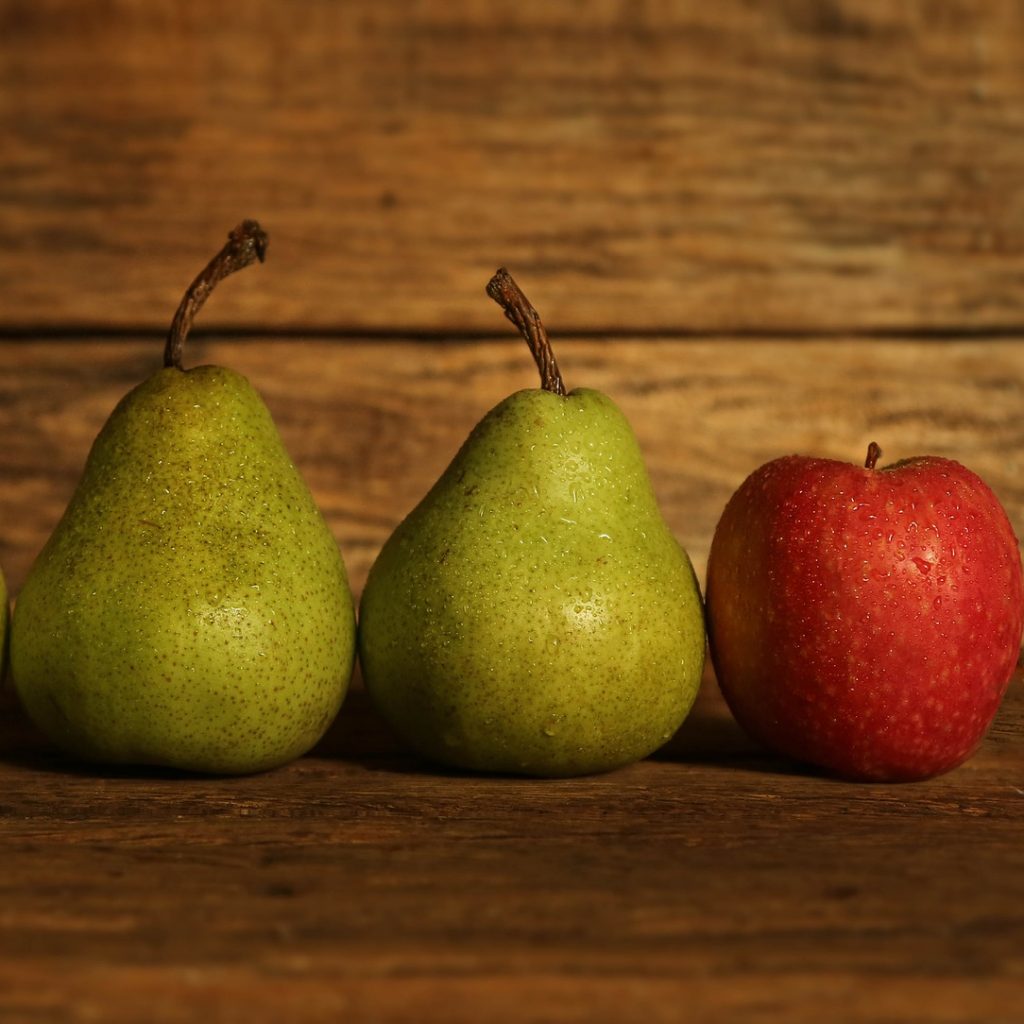 Clinical trials, like RECOVERY, are a type of scientific experiment, which means the final outcome isn’t known when a trial starts. They are used in medicine to test a number of things.

Of course, trials can’t happen unless people are willing to take part. Because they are experiments it’s very important that a volunteer’s safety is at the heart of any trial. All trials are regulated by law and scientists have to follow strict guidelines and protocols, including getting approvals from research ethics committees and regulatory bodies.

Except in emergency situations, the potential participant must also understand exactly what the trial is about, any potential risks involved and agree to take part of their own free will. This is why patients enrolling on a trial have to sign a consent form, as you saw in the RECOVERY animation. Healthcare professionals need to be as sure as they can be that the volunteer or their representative has understood everything that has been explained to them.


In this video clip, members of the public explain why they volunteered to take part in trials. Please note, they are not talking about RECOVERY.

There are other features that help to make sure that a trial provides very reliable results. This includes the scale or size of a trial. The more people who take part in a trial the better because it makes the results of the trial more accurate. It reduces the risk that an outcome has happened simply ‘by chance’.

Phases of a clinical trial

As we mentioned earlier, the safety of participants is at the heart of clinical trials. This means that new drugs or treatments are tested in phases, starting with very small numbers of people to test safety. As a drug moves into different phases, the effectiveness can be looked at.

Look closely at this infographic to find out more about each phase. 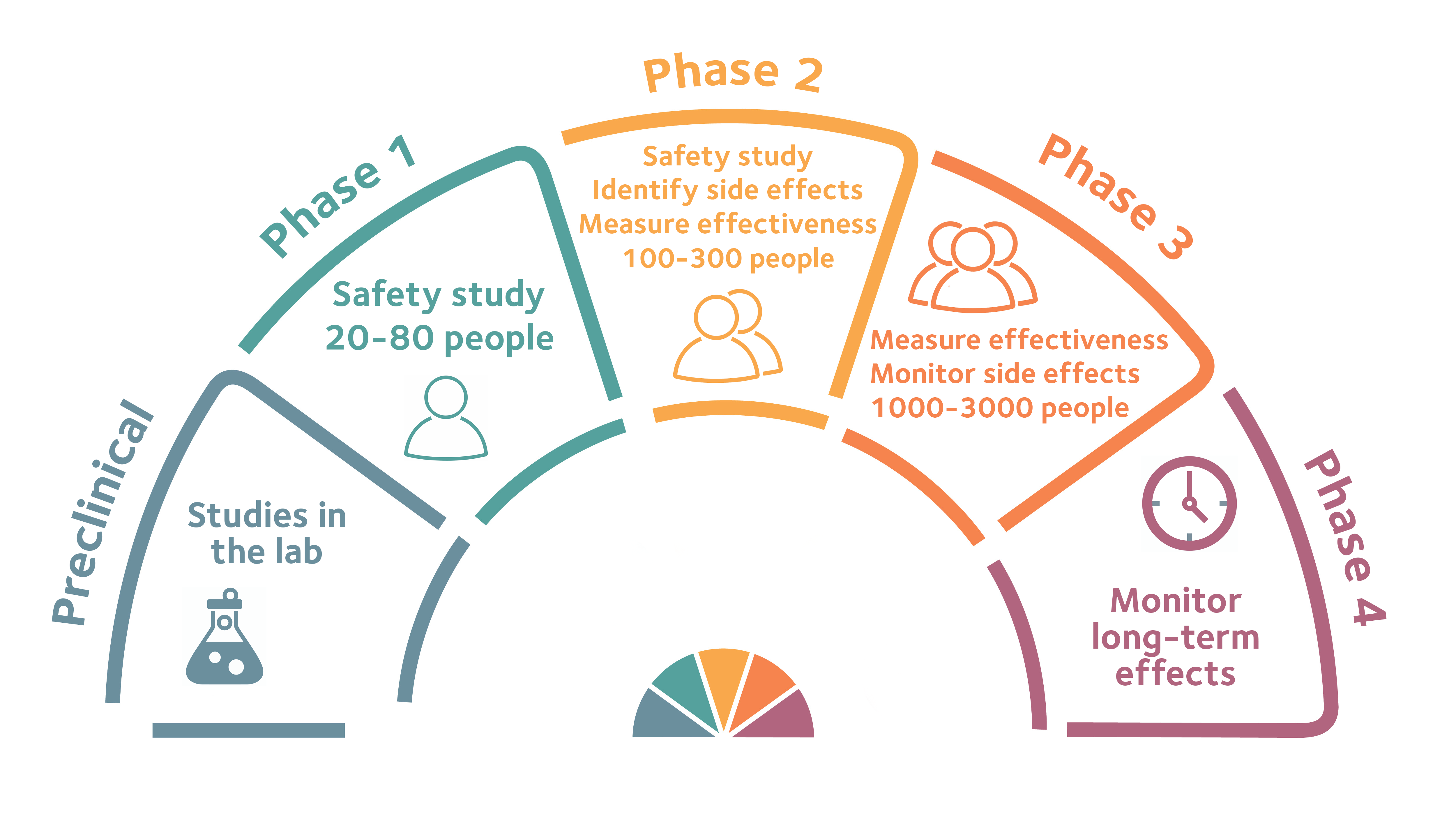 The majority of drugs and treatments that are developed never make it onto the market because when they are trialled they either do not work or come with side-effects that outweigh the benefits.

However trials can be beneficial even when they show that treatments don’t work. Watch this clip of one of RECOVERY’s chief investigators, Professor Peter Horby, Professor of Emerging Infectious Diseases and Global Health.

However, trial successes can bring enormous, life-saving and life-improving benefits. Here Professor Martin Landray, the other chief investigator on the RECOVERY Trial describes one of the trial’s great achievements – the first major breakthrough in the COVID-19 response.

Dexamethasone is estimated to have saved hundreds of thousands of lives around the globe. Without evidence from a clinical trial, its use would not have become so widespread, so rapidly.

Of course, it’s not the only drug to have saved lives. Combined with the expert care of nurses, doctors and other health professionals, countless lives have been saved through the discovery of drugs and treatments. Trials may be experiments, but they are at the beating heart of medicine.

Thanks for reading! Please fill in this short survey to give your feedback (it will take less than 30 seconds!)

Interested in learning more? Sign up to the National Institute for Health Research’s free course, COVID-19: Understanding the Research Behind the Pandemic, to discover how scientists responded to the pandemic and how they conduct innovative research to develop treatments and vaccines.